The TV Set in the Modern World; A Brief History 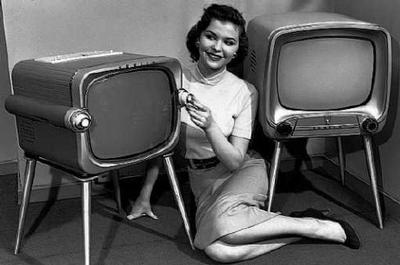 Over the past century, the television set has become a staple of the American household. In that same time, the TV has evolved steadily, mirroring the state of each era’s culture and technology. In a previous blog post, we covered what may be called the prehistoric days of television history—the times of three-inch screens, the infancy of TV channels, and more! Now, let’s take a look at how television sets progressed from a trendy entertainment gadget to a mainstay in homes everywhere by the 1980s.

The Evolution of the TV Set